Getting Lost In The 'Forbidden Valley' -
A True Story 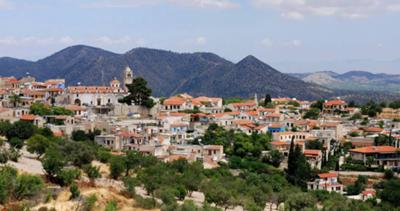 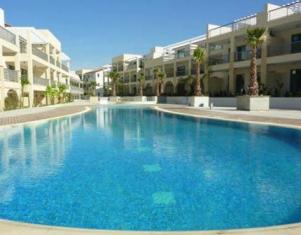 Back to our hotel in Mazotos Larnaca

My story - a journey into the 'forbidden valley' and a word of warning.

I was with my parents and intending to follow a route, by car, from our apartment in the charming village of Mazotos, near Larnaca, up past Lefkara village and cut through to the Troodos mountains, via Ora.

It didn't work! I found out later that unless you are a local with an off road vehicle, or a goat, the chances of getting through that way are very slim indeed.

The point at which we 'fell off the map' was at the attractive village of Vavatsinia. The guide book which I had bought from a shop in England included a map which showed clearly that you could travel from Vavatsinia to Ora, where we needed to get to. 'Boy', were they wrong!!!

Unfortunately at Vavatsinia there was a sign to Ora but it was hand written. Don't ask me why but my adventurous spirit got the better of me and I took that road.

At first, all was good and the scenery was amazing but after about 10 minutes the tarmac road turned to pebbles.

After a further 5 minutes those pebbles turned to bigger stones and then to boulders, about 5 minutes later.

To add to our troubles we could not turn around because the road was too narrow and by then, to drive backwards was unthinkable. You see we were now firmly heading down into a steep valley.

If you're thinking that this was all turning out to be a great adventure well actually you'd be right, except there were 2 very good reasons why it was not. They were Mum and Dad.

You see they are both in their 80's and Mum was freaking out. Dad was laughing but that made Mum freak out even more.

Anyway, after a while we came to a point where we could turn around but to get to it I had to drive round a hair pin bend which went from right to left, which ascended at a very steep angle.

To make matters worse the track sloped from left to right which meant the car was leaning very much against the turn. And there was a very big drop below, for us to fall in to if I got the manoeuvre wrong.

For the first time I was really frightened but by then I was committed to the 'move'. At least at this point the boulder surface had returned to just stones but that is what caused the car to slide! Well, I have never heard my Mum scream so loud!

However, there is a good ending to all this.

Yes, we made it round that bend safely and got to the turning point. I must tell you the feeling of shared elation and exhilaration was brilliant.

All three of us were punching the air in excitement - basically we were just so pleased to be alive.

It will take too long to tell the story of the return journey up and out of that 'forbidden valley' and back to our hotel in Mazotos but I think I should spend the remaining time with a word of warning:

If you want to go up the Troodos mountains from the Larnaca district then don't. Instead go to Limassol and then up the main road from there.

I am not as brave as I was and now stick to the main roads all of the time. Actually not always....there was that time when I was with my Mother-in-Law.....

Join in and write your own page! It's easy to do. How? Simply click here to return to Travel Stories/tips.